Jump to Recipe
5 (4 ratings)
This post may contain affiliate links.

Learn how to make, use, and store Cumin Powder (or Ground Cumin) using Cumin Seeds. This post also shares many insightful tips about when you need to toast the seeds, how to use cumin seeds vs powder, and so much more!

And here’s all you need to know about cumin powder. This is a sister post to coriander powder, another spice I always make at home. Both of these blog posts are meant to solve all your spice-related conundrums. Let’s begin!

Cumin is a plant (cuminum cyminum) of the parsley family. Unlike coriander, which is famous for its leaves as well as its spice, cumin is usually grown only for its seeds.

Called Zeera or Jeera in Urdu or Hindi, Cumin is one of the most crucial spices in South Asian cuisine.

Cumin is sometimes also referred to as White Cumin, or Safed Zeera, to indicate its distinction from Black Cumin, or Kaala Zeera. In either whole and ground form, cumin shows up in just about every South Asian recipe.

Cumin originated in the Middle East, and its name is derived from the Arabic word ‘kamun‘. References to cumin are found in the Old & New Testaments as well as in Egyptian texts.

It’s said to have made its way to India by traders traveling down the Arabian/Persian Gulf.

If you want to learn more about cumin, including its nutritional profile and health benefits, the Pharmacognosy journal shares a credible review of cumin.

What is Cumin Powder?

Cumin powder is simply ground cumin seeds. The process of grinding makes it more aromatic, richer, and bolder in flavor compared to the seeds.

How to use Cumin Seeds in South Asian Cooking

Many recipes use either cumin seeds OR cumin powder. For example, many traditional Pakistani recipes don’t call for cumin powder if cumin seeds are used and vice versa. I often use both if I think a recipe benefits from it. Here’s more on when and how to use the seeds and powder:

Not only do cumin seeds add flavor and aroma to curries, they also add crunch and visual appeal without darkening the curry as cumin powder would (ex. dal).

Of course, there aren’t any rules on how to use cumin seeds (case in point: Zeera Biscuits). But here are a few examples of how Cumin Seeds are used in South Asian Cooking:

How to use Cumin Powder in South Asian cooking

As much as toasted spices are touted as superior to their untoasted counterparts, I don’t think it’s absolutely necessary to toast.
Here’s why: In most curry recipes, you’ll almost always add cumin powder early on in the cooking process. That means it’ll likely get cooked in oil while you’re making the dish. Using roasted cumin powder can lead to stronger, sometimes even bitter flavor.

Toasting, or dry roasting, dries out any residual moisture from the cumin seeds while bringing out the natural oils. Whether you should toast cumin or not depends on how intense you’d like the flavor.

When to use Toasted Cumin Powder

How to tell if store-bought cumin powder is toasted

How to make Cumin Powder

How to Toast Cumin Seeds

To toast cumin seeds, heat a small to medium pan over medium-low or medium heat. Add the cumin seeds and toast, stirring and shaking the skillet often, for 3-4 minutes, until visibly toasted. The seeds will deepen in color and become highly aromatic.

Can you use Cumin Seeds & Cumin Powder interchangeably?

You can easily use seeds to make powder, but substituting powder for seeds is a bit more trickier.

Whole cumin seeds can be stored for longer than ground cumin and toasted cumin. To increase shelf life, store the spices in an airtight container in a cool, dark drawer or cabinet. 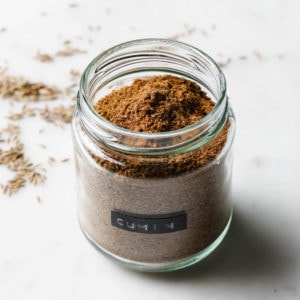 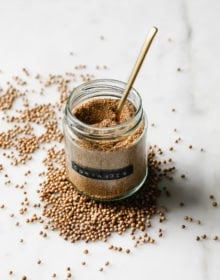 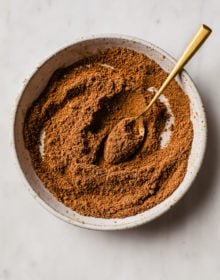 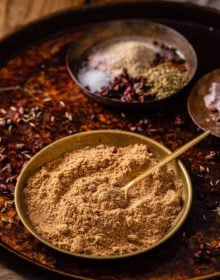