This easy gluten-free naan recipe contains no egg or yeast and comes together in 30 minutes! This easy stovetop naan recipe is tested-and-perfected, highly rated, and tastes much like traditional naan!

I know better since I’ve had naan more recently (he has been gluten-free since last year).

But take it from me as I’m becoming quite the gluten-free taste testing connoisseur – these are a treat even for us folks who can have real naan.

The best part? They take a total of 30 minutes to make. And guess what? Most of those 30 minutes will be spent with the dough resting.

You can rest during that time too, maybe clean the kitchen up a bit or heat up the curry you’ll serve these with.

To make this gluten-free naan, you will need the following equipment:

I have experimented with this naan, and I’ve left one part flexible. I like to use one cup of store-bought gluten-free flour (without xanthan or other gum) as the main flour, along with 1/2 cup of various other gluten-free flours. I’ve used almond flour, cassava flour (affiliate link), sorghum (jowar) and several others for different taste and texture. I generally use almond flour, but then I realize people all over the world will have access to various flours, so I’ll leave that 1/2 cup up to you. 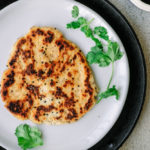 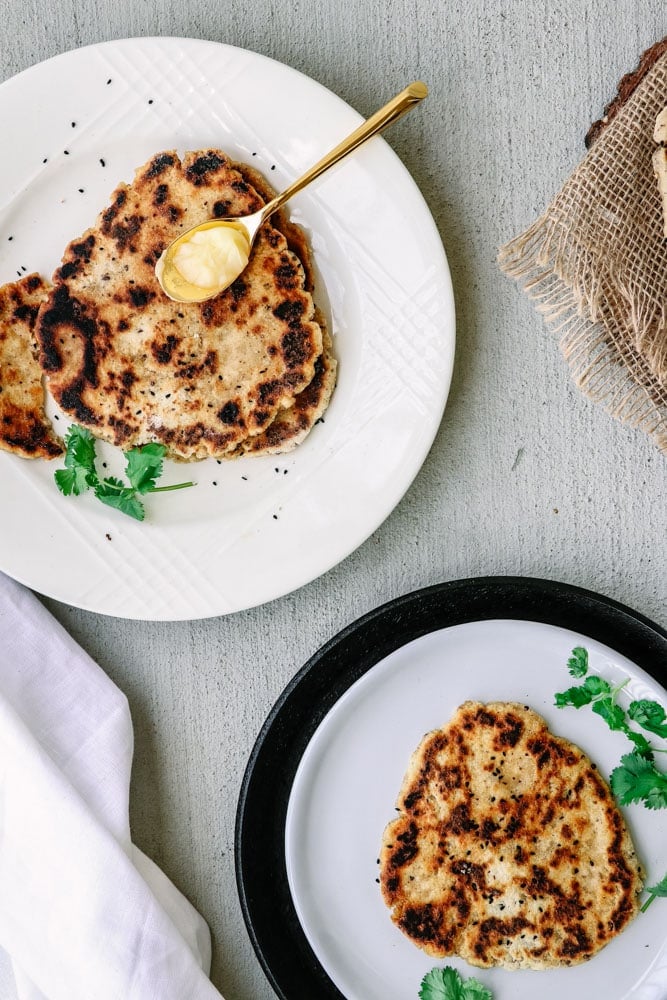 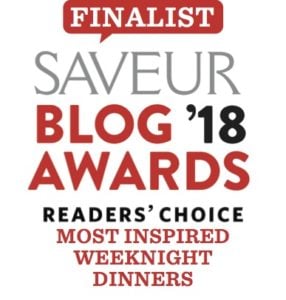